Sony to stop the Floppy Disk 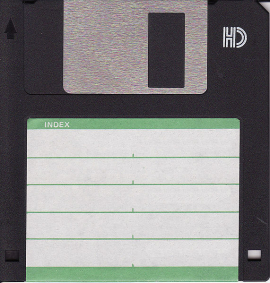 The days of the 3.5-inch floppy disk are now officially numbered.

Sony, which boasts 70 percent of the anemic market, announced Friday that it would end Japanese sales of the ancient storage medium in March 2011, according to a report in the Mainichi Daily newspaper.

However, as the size of files and programs grew, the floppy disk was pushed aside by inexpensive and larger-format storage medium. Thanks to the creation of storage methods such as CDs, DVDs, Zip, and USB drives, Sony saw its Japanese sales of floppies decline from a record 47 million disks in fiscal 2002 to 12 million in fiscal 2009.

Most other floppy disk manufacturers had long since pulled out of the market, and Sony itself has already ceased sales to most of its overseas markets.

Certainly the writing had been on the walls for years. With the release of the iMac in 1998, Apple was the first computer maker to take the plunge and eliminate the floppy completely. Dell followed suit in 2003 when it dropped the floppy as standard equipment on one of its Dimension desktops.

Updated at 4:50 p.m.: to clarify sales figures are for Japan.