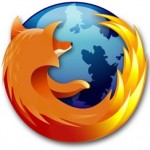 Mozilla has joined the chorus in declaring HTML5 as the way of the future.

While Mozilla isn’t going quite as far as Apple – Flash is still supported in Firefox – vice president of production Jay Sullivan told The Register the Adobe product will never be bundled with the browser.

It’s not specifically Adobe that’s the problem – it’s that web standards, including HTML5 are where the industry is going. Anyone can install apps or scripts that enhance their browsing experience – that’s part of being an open source browser. And, if someone already has Flash installed, Firefox may eventually auto-update the application (it doesn’t right now, and Google’s Chrome does – it’s also bundled with Flash).

Just this week, in fact, Mozilla released Firefox 3.6.4, which offers crash protection for the browser if Flash (or QuickTime or Silverlight) crashes on a computer running Windows or Linux. Support for Mac or other operating systems will be included in a future release, Mozilla said.

That could be in Firefox 4.0, which has an imminent beta release and an official release date in November.

And it would be foolish for Mozilla to pretend Adobe doesn’t exist. While more and more developers are embracing HTML5, Flash is still an industry standard in web video. But until recently, it seemed Mozilla was squarely in the Flash camp.

With Apple, Microsoft and now Mozilla leaning toward HTML5, could Adobe’s Flash days be numbered? None is completely abandoning Flash, by any means. That would be short-sighted with the ubiquity of the application’s online use for video and web animation.

But with three of the major browser developers giving the thumbs up to HTML5 over Flash, a tipping point could be reached that could make the iPhone/Flash debate seem minor.