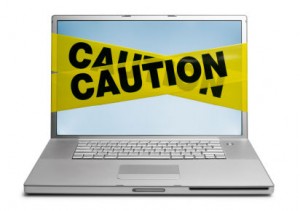 While many of us have been taking advantage of three-day weekends and relaxing, online scammers have been hard at work this summer. They’ve come up with a grab bag of hacks, hoaxes, and other creative ways to separate law-abiding citizens from their money. Here are just a few:

The overpayment scam. The victim lists an item for sale or a room for rent on a site like craigslist or eBay. They are contacted by somebody who says they’re interested and sends the victim a check for more than the amount they agreed on. When this is pointed out to the buyer/renter, they say, “Oh, just write me a check for the difference.” The victim’s check to the buyer clears before they figure out that the buyer’s check was fake.

The Rugby World Cup lottery scam. This email scam purports to be from the International Rugby Board, notifying the recipient that they’ve won a million-dollar lottery prize promoting the 2011 Rugby World Cup. The “winner” is urged to claim their prize by contacting a claims administrator by phone—a person who starts requesting money to cover transfer fees and taxes before the prize can be released.

The Olympic ticket scam. Another potential source of heartache for sports fans is the Olympic ticket scam, which tells people they’ve won tickets to the 2012 Olympics. But, as in the Rugby World Cup scam, the victim is told they must give up vital personal information, such as banking PIN codes, in order to receive their prize.

The flood or tornado relief scam. It’s been a terrible summer for many towns across the U.S. that were devastated by flooding or tornadoes. Unscrupulous cybercriminals haven’t hesitated to take advantage of other people’s misfortune by sending out emails to “raise money” for disaster relief. In one case, a scammer sent text messages to phones in an area code that had been hit by flooding, asking people to respond if they’d been affected by the flood. Chances are this scam was intended simply to harvest working phone numbers for future fraud attempts.