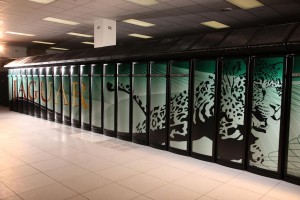 We are fast here at WebHost.pro and pride ourselves and staying cutting edge with all performance upgrades available. We just have to admit when we are beat, and in this case we are comfortable admitting defeat.

The new era of computing will see machines perform at least 1,000 times faster than today’s most powerful supercomputers.

By 2020, exaFLOP computers will go online.

The United States, China, Japan, the European Union and Russia are all investing millions of dollars in supercomputer research. In February, the EU announced it was doubling investment in research to €1.2 billion ($1.6 billion).

What is an exaFLOP?

Computer scientists measure a supercomputer’s performance in FLOPS, an acronym for FLoating Point Operations per Second, while “exa” is a metric prefix which stands for quintillion (or a billion billion). An exascale computer could perform approximately as many operations per second as 50 million laptops.

How fast are today’s supercomputers?

Today, the fastest supercomputers operate at the petaFLOP level, performing in excess of one quadrillion (or a million billion) operations per second.

The first computer to break through the petaFLOP barrier was IBM’s Roadrunner in 2008. But its reign as the fastest computer in the world didn’t last long, with the Cray Jaguar installed at Oak Ridge National Laboratory in the United States becoming the quickest with a performance of 1.75 petaFLOPS in 2009.

The machine, installed at the RIKEN Advanced Institute for Computational Science, in Kobe, Japan, currently operates at over 10 petaFLOPS. It is more than four times faster than its nearest rival, China’s NUDT YH MPP computer (2.57 petaflops).

What is in them?

The space you need is similar to that of a football field.

The K computer contains a mind-boggling 88,128 computer processors and is made up of 864 refrigerator-sized cabinets.